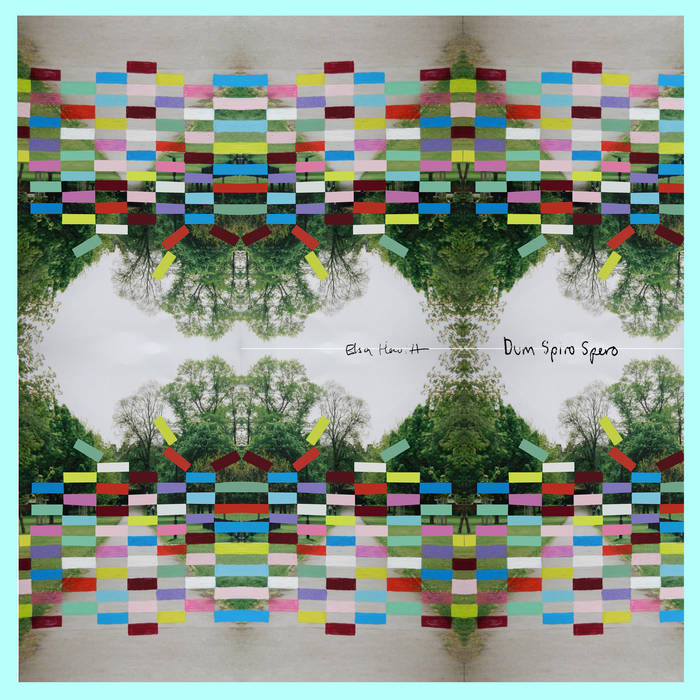 Elsa Hewitt presents DUM SPIRO SPERO, Part II in the album trilogy of 2017. ‘Breathing SpaceX’ and ‘Tantrum’ are two tantalizing precursors to set the scene. After the fractured and dreamlike Cameras From Mars earlier this year, DUM SPIRO SPERO clearly asserts the second phase, with a more earthy and confident overtone. This record is layered with the careful intricacy of a French patisserie, decorated by verses of empathetic and honest prose. Whilst developing some luxuriously sinister elements, the album also offers the delights of many audacious and experimental twists, such as unusual time signatures, dramatic re-pitching and unconventional uses of texture and field recordings.

Among the many characteristics of Elsa Hewitt’s sophomore album is the enjoyable balance between the dark and the dopey: The sonic tapestries conjure cinematic scenes of apocalypse and doom, all the while retaining a forward-thinking playfulness.
Much like a film, the listener is taken on an abstract journey that ends somewhere far from where it began.

New sounds from Mavi, Ivy Sole & Moderator, plus AJ, the One joins the show, for her latest release